The article by Kurt Johnson opened up the population debate in NENA Journal. I endorse his statement that “a conversation on population growth must occur on the back of an unequivocal condemnation of racism. But it still must occur.” The present contribution offers an environmental science perspective.

Therefore, a strong approach to ecologically sustainable development must address all three factors: stabilise Australia’s population, set Australia on the pathway to a steady-state economy with low throughput, and transition to sustainable technologies.

Many neoliberal economists have treated growth in population and ‘affluence’ as economically beneficial, neglecting their adverse environmental impacts. Public debate about sustainability has focused on technological impact.

Let’s consider as an example climate change resulting from energy generation. Take CO2 emission as a proxy for environmental impacts, energy use per person as a measure of ‘affluence’ and CO2 emissions per unit of energy as a measure of technological impact. Then I = PAT becomes:

CO2 emissions = Population x Energy use per person x CO2 emissions per unit of energy use, where x denotes multiply.

Like the original I = PAT, this relationship is identically true, because it reduces to I = I. However, the disaggregation is valuable, because different strategies and policies can be applied to each factor. Until now, most research and campaigning, including my own, has been devoted to the third factor, transitioning from fossil fuels to renewable energy, with some attention to the second factor, improving the efficiency of energy use.

However, addressing the first factor, population, is important because Australia has one of the highest population growth rates of OECD countries. The impacts on environment (e.g. climate change; biodiversity) and infrastructure are substantial. Australia is one of the biggest per capita greenhouse gas emitters in the world. Hence every additional Australian has, on average, a bigger climate impact than an additional person in almost any other country (this statement is also true for biodiversity impact.) The impact is not instantaneous, but it’s real. It cannot be dismissed by the flippant remark “immigrants stepping onto the tarmac and straight into a hire car to just drive around in circles getting in everybody’s way”, attributed to Scott Morrison by Kurt.

“Big Australia” propaganda is mainly pushed by property and retail industries, who lobby government behind the scenes. The Australian government is particularly responsive to these lobbyists, because it gains political kudos from touting an increasing GDP, which at present is driven mainly by population growth. In this situation, the government is misleading its citizens and obscuring the current recession in GDP per capita. Beyond a certain basic level, GDP growth is unnecessary for a healthy economy; GDP per capita is more relevant. Population growth is unnecessary for a healthy economy, as demonstrated by the strong economic performance of developed countries with small populations, such as Denmark and Switzerland.

For further reading, I recommend “Overloading Australia” by Mark O’Connor and William Lines, published by Envirobook.

Population growth, including its major component immigration, can be reduced without selecting immigrants on a racial basis and without damaging multiculturalism, while increasing refugee intake: a small fraction of immigration. The largest category of Australia’s immigration, ‘skilled’, could be reduced, while the government could allocate more resources to the education and training of its own population.

Incidentally, Australia is not “a net importer of food” as Kurt claims. To quote Prof. Bill Belotti, Director of the Food Systems Program at University of Queensland, “we produce far more than we consume domestically. We sell around 65% of farm production overseas, making Australia a leading food-exporting nation.” 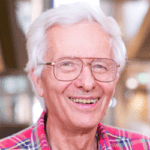