Journal / Issues / Volume 2 / Volume 2, Issue 2 / After the Virus, After Neoliberalism: Manage for Quality of Life, not Quantity of Stuff

As Menzies foresaw, we have had economic anarchy, and both security and progress have disappeared.

A spirited contest of ideas has already started regarding how we emerge from the coronavirus shutdown. The Prime Minister is talking about ‘snapping back’ to what we were before. Some would like to use the crisis to jump to essentially an authoritarian corporate hegemony. Others would like to see a more sharing society with a more active government and embedded in a healthy natural world.

We are highly unlikely to just snap back, but if we want a more caring, equitable and durable society then we need to get clear about what needs to be done. Some are claiming that neoliberalism is dead, but few seem to be clear about what might replace it. Going back to something like our postwar system might be a good start, but we can do better.

We need to get a few modern myths out of the way. Neoliberalism has never performed as well as postwar Keynesian social democracy. It was never going to work because it is based on flawed ideas. The economic reforms of the 1980s did not set us up for decades of prosperity, they set us up for instability, inequality, mediocrity and failure.

These claims are of course quite contrary to the message we have been hearing almost daily for decades, but the evidence is clear.

GDP growth through the fifties and sixties averaged over 5 per cent per annum, documented over twenty years ago by Stephen Bell in Ungoverning the Economy (Oxford Press, 1997). Since 1983 it has rarely exceeded 4 per cent and had lately dwindled to under 2 per cent, about the same as population growth.

Tellingly, postwar unemployment averaged a minuscule 1.3 percent. That number is hardly imaginable now, but it was a result of governing explicitly for full employment. We could do that again.

According to the mistaken economic mantras of the past few decades, such low unemployment would trigger rampant inflation, but postwar inflation averaged a moderate 3.3 per cent.

Prime Minister Menzies inherited from the Curtin and Chifley governments an economy well-structured for prosperity and full employment. He presided over strong regulation of the banks, the financial system and foreign exchange; government ownership of two airlines, a bank and communications services and infrastructure; large public investments in the Snowy Mountains Scheme and universities; and his government spent directly into the economy if the private sector slowed.

Menzies said in 1970 ‘Australian Liberals are not the exponents of an open go, for if we are all to have an open go, each for himself and the devil take the hindmost, anarchy will result and both security and progress disappear’, according to former Senator Ron Boswell.

The economic difficulties of the 1970s were not a failure of Keynesian policies, nor just due to greedy unions, they were much more the result of a quadrupling of oil prices due to oil embargoes and the United States paying for its war in Vietnam by printing money.

The Hawke-Keating deregulations in the 1980s led to banks competing to throw money at ‘entrepreneurs’, and a business debt bubble inflated, as documented by Steve Keen in Debunking Economics (Zed Books, 2001 & 2011). It burst in 1990, causing the worst recession since the Great Depression: the Keating recession we did not have to have. The resulting discontent was fertile ground for Pauline Hanson.

Since then inequality has increased steadily, housing prices have gone stratospheric and government services have dwindled further. It is not a mystery why voters turn away from the major parties. At the same time the natural world is being trashed by unrestrained exploiters. We dodged the 2008 global recession because the Rudd-Swan government briefly spent directly into the economy, in violation of neoliberal doctrine.

The free-market theory used to justify neoliberalism is nonsense based on absurd assumptions. Its vision of an economy near equilibrium is as far from reality as a rocking horse is from wild horses. In any case markets are still manipulated, just to the benefit of the rich. As Menzies foresaw, we have had economic anarchy, and both security and progress have disappeared.

Our wild-horse markets must be tamed so they work for our benefit. The incentives under which they operate need to be managed, through taxes, subsidies and regulations, to align their profit with what we need. We interfere in markets all the time, but too often incoherently or perversely. At present it pays to exploit people and trash the planet, so that is what is happening.

If we just removed many perverse incentives, such as banks profiting from debt, and aged care facilities being rewarded for cutting costs to the bone, we might be surprised how quickly the quality of our lives improves.

We need to use proper balance sheets to evaluate our economic, social and environmental status. Gross Domestic Product is an incoherent one-column tally that counts pollution cleanup as a positive and a mother’s loving home care as worthless. People are not commodities in a market, nor base calculating competitors; we are highly social beings, and economic success and the welfare of people ought to be and can be the same thing.

Reliance on GDP grossly distorts our priorities. Mindless growth (of GDP) can be replaced by the twin goals of improving quality (of life) while reducing quantity (of materials, and our consequent assault on the planet). We are so wasteful this will not be hard to do; the living world has been doing it for about four billion years now.

The financial markets must be our servant, not our parasitic master. They have had their ‘open go’ and brought us to disaster, repeatedly. Banks should profit from serving the needs of the productive economy, not just from loading us with destabilising debt.

The purpose of our economy should be to improve the quality of life of the people, to support the kind of society we choose to create, and to foster a natural world that thrives around us.

We must recognise the fundamental reality that all our food, clean water and oxygen come to us courtesy of the living natural world, so its health is our health. Soils, still the foundation of our existence, need to be restored to health via regenerative agriculture. Farming should be regarded as ‘a high and difficult art’, in the words of Wendell Berry, not as the plaything of corporations and finance.

We are receiving a vivid lesson that monocultures are highly vulnerable. A global monoculture of connected humans is heaven to an infectious virus. We can, instead, once again cultivate the local and the diverse, and bequeath a healthier and more durable society to our children. 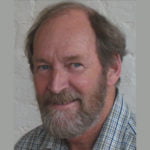 Dr. Geoff Davies is a scientist, author and commentator. He has been exploring economics for over twenty years and commenting on society for longer. His website is http://betternaturebooks.net.au. He is a retired Senior Fellow (now a Visiting Fellow) in geophysics at the Australian National University, http://people.rses.anu.edu.au/davies_g/.

He is the author of, among others, The Little Green (I’m afraid of) Economics (but I want to save the world) Book (BetterNature, 2018), Desperately Seeking the Fair Go (BetterNature, 2017), and Economy, Society, Nature (World Economics Association, 2019).