For many of us, the market is an actual gathering of human buyers and sellers, chatting, tasting and sharing produce, which is often fresh and artisanal. At market benches and shop counters, people display and take in a community meal.

Mainstream economists turned that market into differential equations. In so doing, they perfected the idealism of capitalism. That is a big problem.

Idealism puts some high authority in charge of ordinary lives. The ancient Greek philosopher, Plato, claimed to glimpse the “world of forms” that shaped our inferior version.

Market capitalism directs human-beings through numbers, from higher interest rates to a supermarket saving of 60 cents.

The promise is that, strictly obeyed, money will multiply eternally – cynically called “growth”, because it actually destroys growing things, from the heating biosphere to koalas without habitats.

Money is weightless, but a fierce enforcer that accumulates through heartless extraction, most efficiently from those with less.

It’s the most rationalised value system conceivable – valuing something not for being ethical, beautiful or tasty, but purely by price.

Many capitalist apologists pretend to being hard-nosed dealers in the grubby arts. Yet they worship an entirely spiritual desire, called “greed”.

The distinction between idealism and materialism is that the former sees the world as run by higher thoughts, and the latter by material fundamentals. (For another view on the dichotomy, see here).

As a meal-lover, I fear that idealism is far too dangerously easy to adopt, unthinkingly. Proclaimed truths mould our minds.

Open-minded protagonists, on either side, allow that both rational thought and natural forces play big roles. The difference comes from which holds more sway. Do ideas come “from above” or “from below”?

A greater appreciation of the distinction should help to understand, and combat, the dictatorship of money. Does money run us, or do we keep it as an occasionally handy instrument?

I don’t propose some anarchic or hermitic refusal of money. Money is not without its uses, but only when clearly kept as a tool – as a community exchange system, and as a funder of cooperative endeavour.

Nonetheless, in moving towards a radical political economy, the plan is to regenerate care and consideration from below. Great schemes are built from the ground-up. Ordinary, everyday actions generate democratic supervision of political expenditures, programs and safeguards.

This is liberal “radicalism”, which does not mean extremism, but arguing from material basics… it literally gets to the root (Latin, radix) of the matter.

Materialists play close attention to commonplace sensations and activities. These “little things” are slighted as “trivial” from lofty vantage-points. Up-close, they are highly significant, and they multiply across human experience. The deterioration of relations with China, the rise of the FTSE 100, or some militant action might seem “important”, but only from its emergence from, and continuing connection with, everyday realities.

That’s to uphold the benefit of gardening, cooking and eating together. Community gardens and food rescue schemes are acknowledged actions of a “new economy”.

My latest book, Meals Matter: A Radical Economics Through Gastronomy, explores how a cluster of actual economies puts food on the table. There is no single “the economy”, but bodily, domestic, market, political and natural economies.

Capitalism simplified and up-ended that, diminishing basic human needs, with unhappy results. Instead of being guided by appetites, we were instructed to pursue ever-receding gain. Instead of cooperating through meals, we were to compete for dollars, euros, yuan and yen.

Radical arguments “from below” return to “the simple fact, hitherto concealed by an overgrowth of ideology, that mankind must first of all eat, drink, and have shelter and clothing”, to cite Friedrich Engels (at Karl Marx’s graveside, 17 March, 1883). Likewise, in a lengthy introductory section to Wealth of Nations (1776), Adam Smith launched modern economics with the claim that, through the “co-operation and assistance of great multitudes”, such as the butcher, brewer, and baker, “we expect our dinner”.

Too often, higher authorities have exploited, distorted, and suppressed gastronomic knowledge. The historical materialism of Marx and Engels turned into a narrow class war over the ownership of “production”, which split ruler irrevocably from ruled.

Meanwhile, in the service of the mighty financial superstructure, modern economists transformed market exchanges of actual meat, beer and bread into the perfection of the price mechanism. 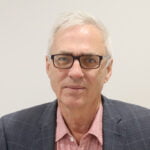 Dr Michael Symons is a Sydney scholar, whose latest book, Meals Matter: A Radical Economics through Gastronomy, is now published by Columbia University Press. He has been the Sydney Morning Herald environment correspondent, run restaurants in Tuscany and the Adelaide Hills, initiated the Symposiums of Australian Gastronomy and a parallel series in New Zealand, and his many publications included One Continuous Picnic: A Gastronomic History of Australia (1982 and 2007). His Ph.D. is in the “sociology of cuisine” from Flinders University.

One Reply to “Capitalism is idealism, perfected”