Cover image: “The Choice of Hercules”, featured in A Middle Way, supplied by Margaret Jones of the Marrickville Women’s Co-operative Guild
Share article

The views and opinions expressed in this article are those of the author and do not necessarily reflect the position of any organisation or employer the author is affiliated with.

The late Gary Lewis’ beautifully written history of the NSW co-operative movement, A Middle Way: Rochdale Co-operatives in New South Wales 1859-1986, is a must-read for any person or organisation that aspires to build a ‘new economy’.

The book introduces readers to the ideals, strategic debates and the historical record of the “Rochdale” and radical co-operative movement in New South Wales. From the 1850s onwards, in the form of (mainly) urban consumer-owned co-op retail stores, the Rochdale co-operative philosophy was introduced to Australia largely from England.

This philosophy had its roots in a group of weavers in the northern English town of Rochdale, who, strongly influenced by the writings of Robert Owen, formed a consumer-owned and controlled retail store in 1844. They agreed to apply the surpluses generated by the store towards patronage dividends, member education, the provision of housing and the formation of (employment-generating) worker-owned manufacturing co-operatives. The aspiration was to lay the basis for a Co-operative Commonwealth of self-governing primary, secondary and tertiary co-operative institutions, democratically controlled from the ground up.

As the Rochdale model spread in England, conservative and radical camps emerged. The conservative ”federalists” believed the priority was expanding consumer ownership of the supply chain that ended in the retail store, while the radical ”individualists” stuck to the old Rochdale ideal, wanting to see the prompt funding of the development of worker co-operatives. Lewis tracks these fault lines in the leadership of New South Wales Rochdale co-op stores.

The worker co-op option and the labour movement

Chapters 2 and 3 of A Middle Way focus on NSW worker co-ops in the 1880s-1900s, and provide an important historical explanation for the contemporary dearth of worker co-operatives in Australia.

It was a period when co-operative (“Modern Socialist”), social democratic (“State Socialist”) and revolutionary (“Marxist”) perspectives of social ownership of the economy and how to get there were all vying for influence in the labour movement. Co-operative socialists such as W.G. Spence advocated for a combination of political, union and worker co-operative action to achieve social ownership. Co-operators shared an evolutionary emphasis with the social democrats and a commitment to worker self-emancipation with revolutionary socialists.

As late as 1895, the Australia Workers Union believed that in “the vigorous extension of the [co-operative] principle lies the chief hope of the Labour Movement”.[1] However, the Labor Party, for pragmatic reasons more than anything else, lost interest in co-ops, focusing instead on gaining political power. The industrial movement also cooled on co-ops as regulatory solutions were found to manage the labour market, reducing the impetus for worker co-operatives (such as Harvester judgment in 1907 which guaranteed wages sufficient for “a human being in a civilised community”).

The remainder of the text deals with the consumer-owned co-op stores that were established by workers in the Hunter Valley, the Illawarra, Lithgow and Balmain, many forming around the turn of the century. These co-ops would play an important role in supporting workers in industrial disputes but, for Lewis, the potential for partnership with the labour movement was never truly realised.

The Kurri Kurri Co-operative is one example of the important positive role co-ops played in working-class communities. Formed in 1904 in what was still a “makeshift bag and tent town”, local organisers, having spent “nine weeks and two days of their spare time talking to workers”, eventually raised £161 from 61 members to open a co-operative store. By 1910, the co-op had 1146 members and a turnover above £50,000.[2] The co-op was of great importance to the local workers, for example supporting a local miners strike in 1922 by providing £20,000 in credit.

Rochdale co-ops such as the well-known Newcastle and Suburban Co-operative Society, formed the NSW Co-operative Wholesale Society in 1912 (NSW CWS). Unfortunately the conservative leadership of the CWS, following the example of its English namesake, would thwart the individualist’s desire to empower women and see the movement invest in the development of worker co-ops. Instead, what transpired was an “orthodox” focus on expanding the wholesale consumer co-op.

Lewis weaves in excellent portraits of co-operative leaders of all persuasions to illustrate these ideological cleavages which wracked the co-operative movement. One of Lewis’ heroes from the individualist camp – fighting the entrenched conservatism of the leadership of the CWS and seeking to have the movement live up to its principles – is Margaret Jones.

Jones was, according to Lewis, “a brave campaigner, a socialist who described the co-operative movement as a women’s movement because it was predominantly [women] who exercised consumer power in co-operative stores and were well represented on counter staff.” She appealed to women to “promote a co-operative approach at all levels”, which she believed was necessary to “overthrow capital”. Ultimately,  “socialism, co-operation, communism, they are all the same”, said Jones.[3] 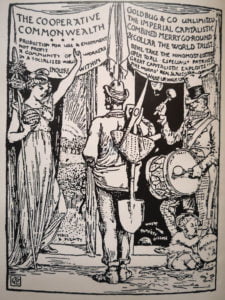 “The Choice of Hercules”, featured in A Middle Way, supplied by Margaret Jones of the Marrickville Women’s Co-operative Guild

Jones would play an important role in forming the Women’s Co-op Guilds from the early 1920s, which became one of the largest women’s movements in New South Wales.[4]Incidentally, despite their importance, the Guilds have received relatively little attention from historians apart from Lewis.

The conservative leadership nevertheless won the day. Its position that links with unions and the development of worker co-ops were second order tasks manifested in the ambivalent approach taken to labour disputes and the continual quashing of calls for worker co-ops. A different approach on both fronts may have increased the role of co-ops in relation to the labour movement.

The memory of various worker co-op failures and labour disputes within co-ops certainly did not make the task easy. For example, in an industrial dispute at Wallsend and Plattsburgh Co-operative in the 1920s, members were forced into taking the board to the Newcastle Industrial Court for failing to pay an employee sick leave. The NSW CWS refused to intervene in the dispute, despite the requests of the members.[5] Such incidents, and the failure of leadership in the co-operative movement, were not forgotten by the labour movement.

The promotion of worker co-ops was always over the horizon for conservatives. In the 1940s a fresh wave of idealist calls for investment in co-operative education, partnerships with the nascent credit union movement (a form of financial co-operative) and support for the development of worker co-operatives (including from unionist and Communist Edgar Ross) were met with the response that the CWS would not listen to “newcomers who have recently discovered co-operation”.[6]

The urban consumer co-op movement was basically extinct by 1981 when the Newcastle Regional Co-operative (the new name of the abovementioned Newcastle and Suburban Co-op) was wound up, the co-op having refused offers of assistance from local credit unions and building societies (check out this great interview with former General Manager of the Newcastle & Suburban Co-operative Store, Les Gibbs, talking about its glory years).

Lewis’ sombre ending reflects the period in which it was written: in the late 1980s, co-ops, like other forms of democratic ownership, were on the back foot.

Today it is different. The neoliberal era is coming to an end and the lessons that can be gleaned from Lewis’ text are becoming increasingly relevant to contemporary policy developments. As shown by Duncan Wallace’s article in this month’s NEJ issue, co-operative ownership is a feature of the socialist policy agenda of the British Labour Party. A similar agenda is also arising within the US Democratic Party. This wave of co-operative-minded policy will come to Australia, too.

When it does, the value in Lewis’ history will be clearer than ever.

Co-operative Democracy, Education and Finance: A Celebration of Dr. Gary Lewis, a conference about Gary Lewis’ work, will be held in Sydney on the 1st of November. Registration is still open. 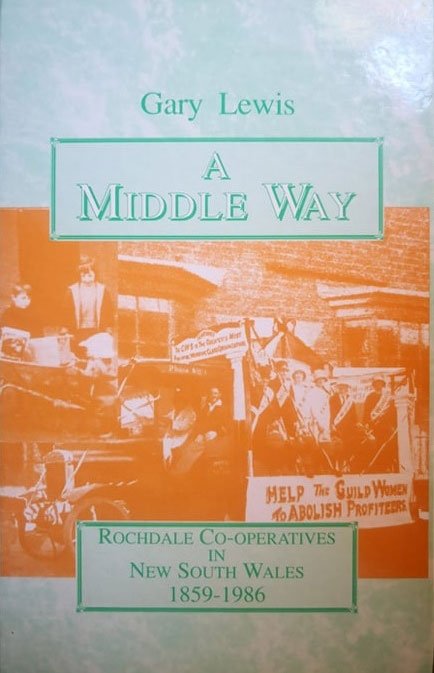 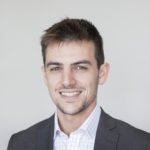 Anthony is Policy Officer at the Business Council of Co-operatives and Mutuals and Secretary of 888 Co-operative Causeway Limited.

See all articles by Anthony Taylor

One Reply to “Australia’s Early Co-op Movement, A History: A Review of Gary Lewis’ Book A Middle Way”