Article Theme : Health and Wellbeing in the New Economy

A previous version of this article was published on Medium.

Once, it was our birthright to live off the land.

Since the invention of property rights, money, and the system of paid work; ‘living off the land’ is no longer possible for most people in the developed world.

As a result, as Scott Santens has identified:

Humans have become the only species that requires money to survive. This article will explore some of the solutions put forth to solve this problem, before highlighting why a Universal Basic Income (UBI) is the best choice.

Welfare has been designed to meet this requirement by providing money for people who are ‘out of work’.

Unfortunately, it comes with a ‘poverty trap’.

The higher the benefit, the more rational it is for people to take it in lieu of low-paid work. Given this fact, it is also rational for governments to keep benefits ‘below the poverty line’, to incentivize people who can work to take the available jobs.

This has the iniquitous side effect of forcing many people into poverty: those who cannot work, who also lack savings and family support.

Welfare could be increased,  if we could easily identify who can and who cannot do paid work, and only make payment   to those who cannot work. In practice, this becomes onerous, subjecting people to intrusive questioning of their bona fides, with front-line staff forced to make imperfect judgements as personal circumstances continually change. As a result, many people fall through the safety net. Usually, it is our most vulnerable who find it difficult to navigate the bureaucracy. This is a systemic problem.

No nation has solved it, though some do a better job than others.

A Job Guarantee is another method of tackling the problem. This aims to ensure that everyone who wants a job has one, by ramping up ‘public service’ jobs when the private labour market is weak and  releasing the labour when the market picks up.

A job guarantee avoids the need for people to prove entitlement and is aimed at providing both money and meaning for people who can work: an estimated 50% of the population at any time, plus their dependents.

However, there are  several drawbacks:

If the work is socially valuable, it should be publicly funded and simply form part of the job market, with pay rates set to attract the required workers.

A Job Guarantee may help to balance the labour market and has the potential to provide meaningful employment. However, it cannot eliminate systemic poverty, or compensate for unpaid work in the home.

A Universal Basic Income (UBI) offers an alternative solution to both welfare and a Job Guarantee. A UBI can both eliminate systemic poverty and balance the labour market,without the need for a massive bureaucracy to manage it.

A UBI is an unconditional payment to every permanent resident at or above the poverty line (currently around $500/week).

The approach developed by Basic Income Australia offers a way to implement a UBI without altering the current welfare or tax system, or increasing taxes or debt, or taking money from other programs, or causing excessive inflation. It can be implemented with very little risk by starting at just $10/week and increasing slowly, for example, over five years, to the poverty line.  This will give the supply chain time to adapt to the new patterns of demand, without causing shortages that drive inflation.

A UBI solves the fundamental systemic problem by ensuring everyone has sufficient money to survive, effectively restoring our birthright.

By paying the money to everyone, unconditionally, it also allows everyone who can work to earn extra, without losing their UBI. It provides a floor to stand on, not a ceiling on achievement — eliminating the ‘welfare poverty trap’.

Pilot programs from around the world have demonstrated that when people have enough money to survive, most are highly motivated to better themselves and their family. This includes providing better family care and undertaking more education, as well as taking on paid work when they can.

Once the UBI reaches the poverty line, it can also be used to keep the labour market in dynamic balance. This can be achieved because each person has a different propensity to take on paid work, depending on their age, commitments, needs, and other income.

As automation and virtualisation result in a fall in demand for workers, the UBI can be increased.

As it is raised, individuals will make their own choice to stop looking for work, or to drop out of paid work, to live on the UBI and any other passive income they may have. Once the rate at which jobs are being filled begins to push out beyond ‘standard’ recruitment times, this would signal the need to hold the UBI rate until the market is re-balanced.

It would never be perfect, but it should facilitate the transition to a ‘new normal’ over time.

With the labour market balanced, all jobs would be filled; and people in paid work. Those not in paid work would be doing it by choice.  Importantly, each person would be deciding what was meaningful in their own lives - without detriment to the community.

Lastly, and perhaps counterintuitively, in today’s inflationary environment, a small UBI that is gradually increased could act as a circuit breaker by providing an effective wage rise without cost to employers, thereby avoiding ‘cost push’ inflation.

In summary, unlike Welfare and a Job Guarantee, a UBI can eliminate systemic poverty and keep the labour market in dynamic balance with very little bureaucracy. It can also provide some compensation for in-home work, as well as provide a real wage increase for low-paid workers — without cost to employers, limiting wage-push inflation. Overall it will enhance mental and physical health, while lowering domestic violence triggered by financial stress, thus bringing about significant benefits for our society.

The next in the series explains how it should be possible to fund the UBI using newly created money, without causing excessive inflation. 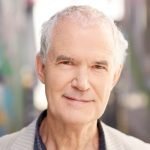 MICHAEL HAINES has worked at senior levels in brewing, construction, consumer goods, and in manufacturing at Toyota. He was a Board Member of Australian Logistics Council, and a Member of Austroads Intelligent Transport Industry Reference Group.

In 2011, Michael established VANZI to broker development of a legal framework to mirror each person’s real-world rights in the emerging Digital Built Environment – to reduce cost and complexity when using the digital world to modify the real world.

He has also spent 40 years investigating how our money, banking, tax and welfare systems function together, and how to implement a Universal Basic Income.

See all articles by Michael Haines

Copyright © 2022 by the author(s). This article is presented under a Creative Commons Attribution-NonCommercial 4.0 International License. You are permitted to share, copy and redistribute the material in any medium or format, and to adapt and build upon the material. You must give appropriate credit, provide a link to the license, and indicate if changes were made. You may do so in any reasonable manner, but not in any way that suggests the licensor endorses you or your use. You may not use the material for commercial purposes.

We need new ways of thinking about value in the New Economy. Moving beyond a market-growth, extractivist model of economic development, how can we reframe and redefine value? What might this look like both in theory or in practice?

New Stories for the New Economy

Do you have a story about an initiative, event or action that is happening in the New Economy? Do you have ideas about new and innovative ways to communicate these stories to the public?

Connections to Place in the New Economy

How can connections to place be reflected in new or wellbeing economics? What might a localised, place-based economy look like in practice?

How can Australia’s economy become regenerative? What might this look like? How can the emerging regenerative movements around Australia catalyse genuine systems change and avoid business as usual?

Capitalism has promised growth and development through private ownership of trade and industry, extracting value from both physical and human resources. Capitalism is also held responsible for the environmental destruction and social injustices around the world today. Does capitalism have a future? Should it? What are the alternative systems emerging around the world?

Change Location
To find awesome listings near you!